History
> About Us > History 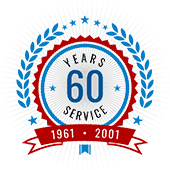 FEBRUARY 08, 2012 | BY ANNE M. HAMILTON, SPECIAL TO THE COURANT, THE HARTFORD COURANT

Small, family-owned dealerships like the one owned by Ugo DiGrazia are an essential part of Carrier, a $12 billion subsidiary of United Technologies Corp., and for DiGrazia, it’s been a 6-decade career on two continents.

His gross sales last year of close to $1 million put him in the top 20 percent of independent Carrier dealers in Connecticut.

Marketing through reputation and word of mouth, DiGrazia sells and services Carrier heaters, air conditioners and ventilation systems, mostly residential. At 80, his work ethic is as strong as ever, and he is depending on his son Ugo Jr. to continue his legacy.

When Carol Sexton of West Hartford called the company last year after discovering a gas leak in her furnace, she was pleased that both father and son came to her rescue. “We liked the mix of the life-long older generation and the next generation who can carry the work forward,” she said.

DiGrazia — recently recognized by Carrier for his years of service — has been in the heating and air conditioning business since he was a young man in Catania, Sicily. He trained in a technical school, then helped his father in the heating business for several years before striking out on his own.

In 1961, a customer who owned a butcher shop in Sicily as well as in Hartford urged him to come to the States. At first, DiGrazia was reluctant, but he had relatives who lived in Hartford, so he brought his family over with him while he investigated. The customer asked a friend in the plumbing business if he needed help, and DiGrazia did some repairs for him.

“He liked the way I was working, so he said we could do business together,” said DiGrazia. The South End of Hartford, with its large Italian community, was a welcoming place, especially for an Italian who spoke little English, and DiGrazia decided to stay.

He settled in Hartford, put his children in school and began work. A year later, he returned to Sicily and sold his business. In 1972, after his English had improved, DiGrazia opened his own business on Franklin Avenue, also in Hartford’s Southend.

He bought property that had a garage in back of a large house. He has enlarged the garage to accommodate his trucks, and the house has been the site of several restaurants. Currently, reflecting a new wave of immigration, a Bosnian restaurant is about to open in front of the office. A Carrier warehouse is conveniently located only blocks away.

For the past five years, DiGrazia’s son Ugo Jr., 48, a college graduate with business school training and 10 years experience in finance at Carrier’s sister UTC division, Pratt & Whitney, has worked with his father. Ugo Jr. makes most of the sales calls and manages the business. Three technicians install the equipment and service it.

Until the recession four years ago, DiGrazia’s business was split between new construction and older homes, but new-house work today is nearly non-existent. Many of his customers are referred by Connecticut Natural Gas, which includes him on a list of recommended installers and has given him service and installation awards.

“Now, we do rework, replacement,” said DiGrazia, and most of the equipment he supplies is made by Carrier. “I’ve never had a bad compressor,” he said. “It’s a trick how to install, but if you install it properly, it will last forever.” Fortunately, he does not need to carry an inventory or buy much equipment.

Willis Carrier invented air conditioning in 1902 and formed the Carrier Corporation in New York in 1915. UTC acquired the company in 1979, and it remains the world’s largest manufacturer of air conditioning, heating and ventilation systems. Carrier has 41 dealerships in Connecticut, and many tend to be a family businesses that pass from generation to generation. DiGrazia’s business is one of the oldest in the state.

Customers like the good service and reliability. Gil Gioia of Wethersfield knew DiGrazia from their sons’ rock band. (DiGrazia’s older son, John Paul DiGrazia, is a local singer in addition to owning Hollywood Coach & Limousine). Though he couldn’t afford to replace his ailing air conditioning system at the time, Gioia needed to stay cool because of a medical condition.

DiGrazia maintained the air conditioning for a year without charge, until Gioia was able to replace it.

Retirement is not in DiGrazia’s sights. “I love doing what I am doing,” he said. “I’m never sick.”

As a Carrier dealer, with a wide variety of products to choose from, we can keep your family healthy and feeling comfortable all year long. We carry a complete line of indoor comfort equipment with innovations that raise the standards of comfort and reliability, including air conditioners, gas furnaces, programmable thermostats, humidifiers, ductless split systems, boilers, air cleaners, ultra violet lights, ventilators and zoning products. Let the experts at Ugo DiGrazia AC & Heating help you customize a solution that’s right for you.

Learn More >
WE'RE STOCKED WITH PRODUCTS BY THE BEST BRANDS 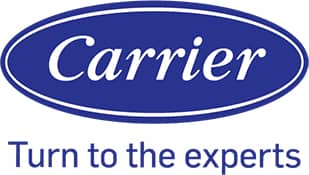 1 / 1
View All >
What Our Customers Say
Positive: Professionalism, Responsiveness
Meredith K
Positive: Professionalism, Punctuality, Quality, Responsiveness I was given Ugo DiGrazia’ as a recommendation from our condo representative. They requested that we set up an appointment when the out door temperature was 70^f and 60^f indoors. They responded promptly and professionally. My unit is only 10 years old. I would recommend them to my fellow condo members and to any other person that requests HVAC service.
Jjs12466
Positive: Professionalism, Punctuality, Quality, Responsiveness, Value
GM K
I have used Ugo for years - never a problem except the one they fix! Excellent service always answers the phone or text so all my 36 units can be serviced at a mments notice Thank you!
Eva D
Positive: Punctuality, Quality, Responsiveness, Value
Cindy S
Ugo & his team are consummate professionals & advisors. Always available, honest & extremely knowledgeable. Both we & our relatives in the Greater Hartford area wouldn't trust heating & cooling needs w/ anyone else.
Emily W
View All >Leave Review >
BUSINESS HOURS
Monday-Friday: 8:00AM-4:30PM24/7 Emergency Service Available
PAYMENT ACCEPTED